The baptismal complex of San Giovanni al Montorfano was rediscovered after excavations started in the 80s. The archaeological campaigns have documented the existence of a complex of two rooms, built in two distinct phases; this complex is partly below the Roman church, partly outside. 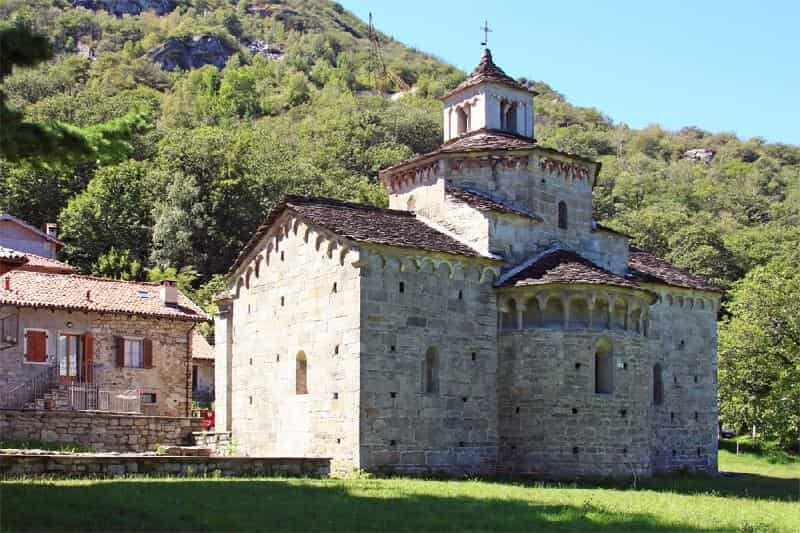 The north room, located below the church, measures 6.5×5.5 m; this space was the baptistery of the early Christian era (5th century A.D.). The south room, visible outside the sacred building, has two construction phases. After the early Christian one, with a single hall, it was radically rebuilt, and three apses were added, occupying the eastern half. This environment then went through a phase of reuse, as evidenced by the presence of a wall that cuts it from north to south, “closing” the apses. In fact, the site is intensively exploited as a cemetery. 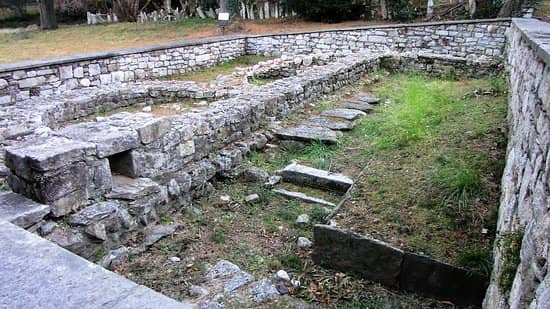 The south hall, with the three apses on the east side

As far as the chronology of the buildings is concerned, after a first phase of the 5th century, the south hall knows a second one, of Carolingian age (8th-9th century). During the 12th century, the Roman church was built.

Located in the hamlet of Montorfano (via Montorfano, Mergozzo- VB; coordinates Lat. 45°56’41.06 “N, Long. 8°27’57.72 “E), the external area of the site is always accessible; the north hall, below the church, is temporarily inaccessible.