You are here: Home1 / Civic Museum of Bene Vagienna 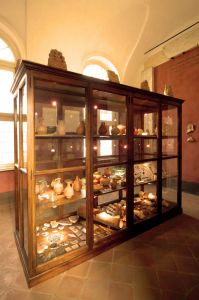 Bene Vagienna: some finds on display in a museum showcase

The archaeological museum, located in the eighteenth-century Lucerna in Rorà Palace, houses the finds from the nearby site of the Roman colony of Augusta Bagiennorum (for more information click here ), built in the Augustan age and rediscovered thanks to the excavation campaigns started between 1892 and 1908 by Giuseppe Assandria and Giovanni Vacchetta ; the two local scholars are also linked to the foundation of the museum in the early years of the last century.

Located on two floors of the noble palace that in 1796 hosted Napoleon Bonaparte, it includes finds covering a period of 8 centuries (from the 1st to the 8th), found both during the excavations at the beginning of the 20th century and during the campaigns conducted by the Superintendence between 2001 and 2003. On the ground floor, preceded by four river pebbles used as burial markers, it is possible to admire finds from the amphitheatre, brought to light by excavation campaigns in the early 2000s, the theatre, the Forum and the civil basilica, including a volute and part of the auction probably referring to a statue of gods, both in bronze, found in the Capitolium area (the city temple): in fact, the finds of Roman finds made in this alloy are rare, since the metal objects were often found to be reused. Continuing along the route, on the upper floor are the marble jambs relating to one of the doors of the theatre scene, as well as architectural elements, such as capitals and frames, pottery, epigraphs and finds from the southern necropolis, dating back to the first century AD. 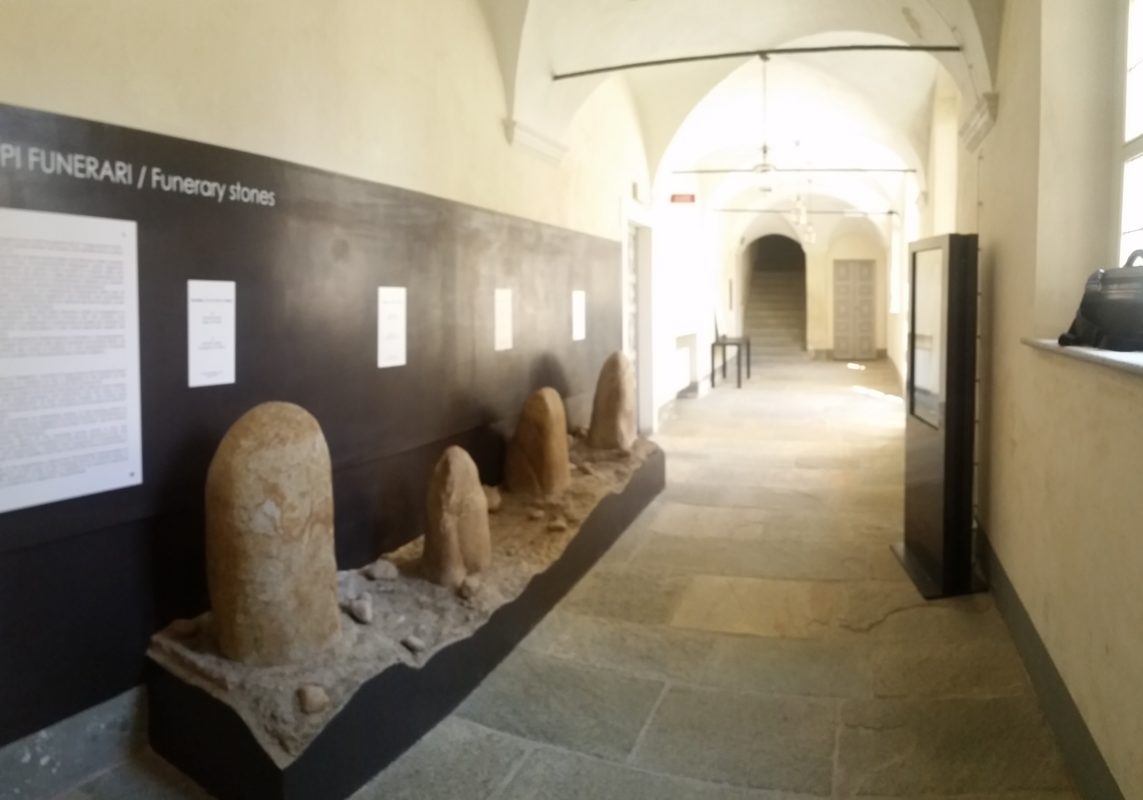 The 4 funeral signs placed at the beginning of the museum