The battle of Ceresole

You are here: Home1 / The battle of Ceresole 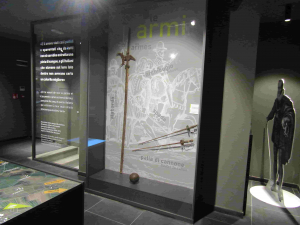 Some of the weapons used in battle: sabers, a pike and a cannonball

The Mubatt is the museum space dedicated to the battle of April 14th, 1544, fought between the French army and imperial troops in Ceresolese territory, in the plain that extends towards Carmagnola: this clash is part of the wider panorama of the Wars of Italy, which had as main characters the Holy Roman Empire and the Kingdom of France, in the first half of the sixteenth century (for more information, see the in-depth analysis of the event).

The museum, set up thanks to the funds of the SUCCES project, started in collaboration with the twin Saint Paul de Vence. Inaugurated in September 2019, Mubatt houses some finds from the site of the battle- swords, a pike and a cannonball – prints and portraits of the commanders of both sides, as well as a multimedia section, in which they are the protagonists of the event themselves to tell it. 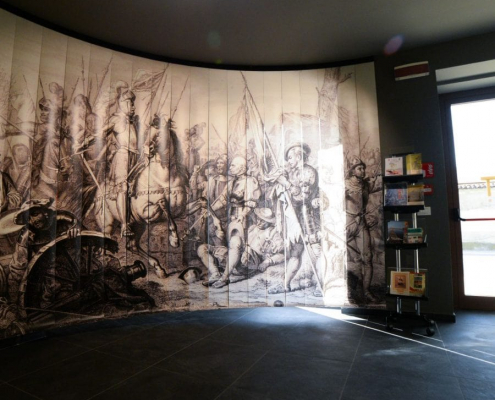